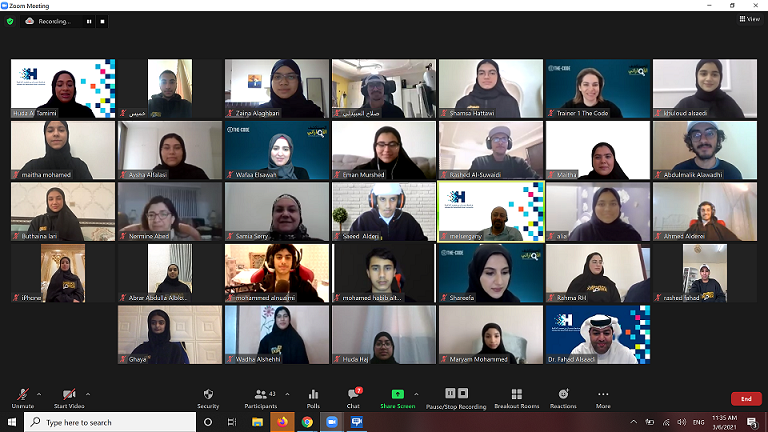 The Emirates Talent Association and the Hamdan Bin Mohammed Smart University recently concluded the first stage of the ‘Emirati Explorer’ program, a major initiative which holds great importance aimed at developing a generation of Emiratis equipped with scientific knowledge and creative skills in the fields of advanced science, technology, and space.

Twenty-eight male and female students have successfully completed the initial phase of the program which included four in-depth sessions covering physics, mathematics, biology, and chemistry. The program was hosted by three high-profile scientists who led the students in conducting a total of 28 scientific experiments in their homes. The students used special tools that were provided to them and came out with successful experiments which were documented with pictures and videos.

The scientific experiments were conducted weekly covering four sessions of the virtual laboratory, accompanied by 42 training on HBMSU Cloud Campus platform under direct follow-up and supervision by the program in charge, and an additional eight sessions which took place during the weekdays.

Parents of the participants commended the ‘Emirati Explorer’ program for providing their children with an exceptional opportunity to develop scientific and creative capabilities using the latest technological innovations. They also appreciated HBMSU’s pioneering efforts which provided an opportunity to the students to enter its cloud campus and conduct self-study such as additional reading and watching virtual science lab clips and activities.

The first stage concluded with a virtual event and distribution of e-certificates to the participants. The event also featured the experiences and success stories of three students, who expressed their happiness for taking part in a unique program which enabled them to contribute to the excellence of the UAE in its race towards leadership in science, technology and space globally.