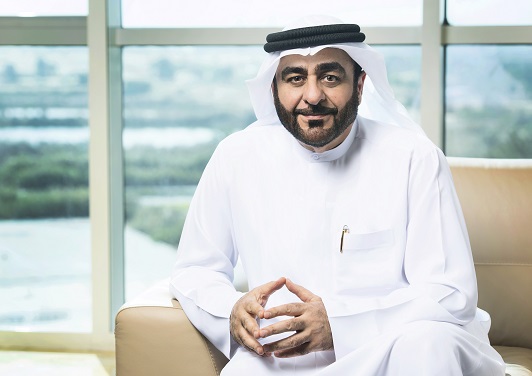 The Learners Relationship Management Department (LRM) of Hamdan Bin Mohammed Smart University (HBMSU) organized the ‘Annual Gathering 2022’ welcoming new learners into a new academic year and celebrating the graduates at the first physical annual gathering after the pandemic. The gathering, held at HBMSU’s campus, was chaired by His Excellency Dr. Mansoor Al Awar, Chancellor of Hamdan Bin Mohammed Smart University, and was attended by faculty members, administrative officials, along with learners’ parents and graduates.

The ‘Annual Gathering 2022’ was held celebrating the 20th anniversary of HBMSU and its role in transforming the learning experiences in the education industry. During the occasion, new learners engaged in registrations with faculty members’ assistance and also got an opportunity to interact one-on-one with University Alumni Association facilitating networking between them. Exciting interactive activities were held, and prizes were presented. In light of the activities, A circle talk was organized to foster the vision of aspiring entrepreneurs.

During the gathering, H.E Dr. Mansoor Al Awar emphasized the significance of empowering learners with the necessary skills and tools to transform their ideas and ambitions into reality, depending on the academic and knowledge resources, systems, and innovative solutions offered by HBMSU. Al Awar further stressed the necessity of supporting young talents as the driving force of the future and engine of the country’s development and advancement, considering the sector’s key role as a vital pillar to a sustainable economy.

Al-Awar said: “The ‘Annual Gathering 2022’ bears a special symbolism coinciding with HBMSU’s 20th anniversary of pioneering smart education in the Arab world. We are delighted to welcome our learners to the first post-pandemic in-person gathering, to initiate a new academic semester full of ambitions. We further reiterate our perseverance to restructure the higher education system in conforming to the future’s requirements, relying on two decades of academic and knowledge excellence and smart learning.”

H.E added: “In line with the wise directives of H.H. Sheikh Hamdan bin Mohammed bin Rashid Al Maktoum, Crown Prince of Dubai, University President, we prioritize the significance of investing in youth, qualifying and empowering them as a driving factor in achieving sustainable development. HBMSU commits to support the ambitions and projects of the young generation and aims at cementing the entrepreneurial culture within learners by qualifying them in the knowledge, academic, and professional aspects, promoting excellence and success in various sectors, and consolidating their role in driving the development and leadership of our country.”

The gathering also witnessed the launch of a new virtual platform, ‘H-Preneurs’, an integrated platform to promote entrepreneurship skills. During the Entrepreneur Exhibition Tour, learners and alumni with a vision for future entrepreneurship endeavors presented their projects, ideas, and services to the audience, amid wide appreciation for the platform’s role as a pillar of knowledge and a leading empowering tool, representing a qualitative leap in the development and support of entrepreneurial skills for learners and graduates.

The gathering also featured an entertainment show, which included a stand-up comedy routine and an Oud musical performance. The evening concluded by celebrating a group of talents, volunteers, and sponsors, as they were recognized and commended for their contributions, followed by a dinner.