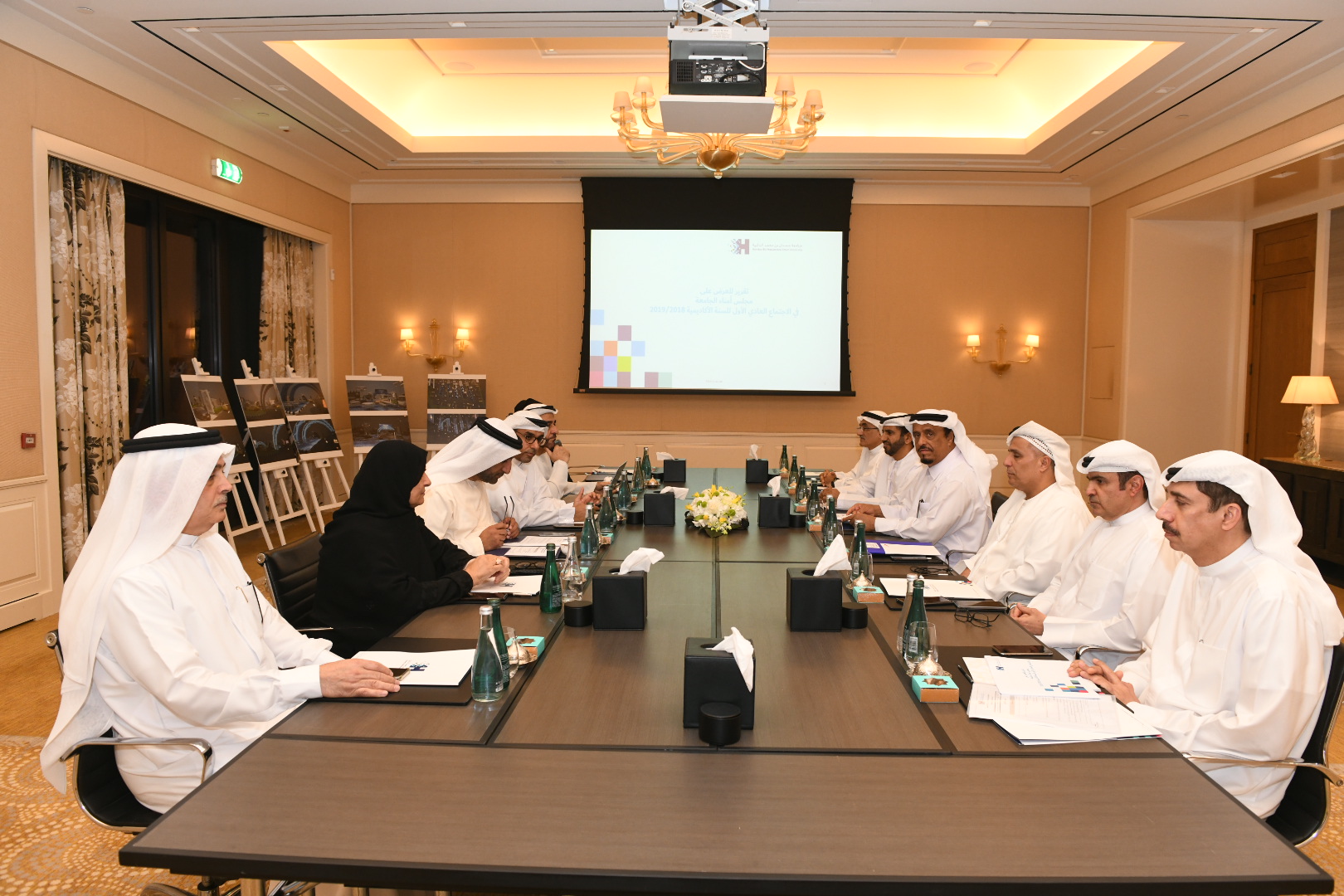 UAE, 15 November 2018 - H.E Lieutenant General Dhahi Khalfan Tamim, Deputy Chairman of Police and General Security in Dubai and Chairman of Hamdan Bin Mohammed Smart University’s (HBMSU) Board of Governors (BOG), chaired the first meeting of the board for the Academic Year 2018-2019. During the meeting, H.E. and the members of the board of governors extended their congratulations to H.H Sheikh Hamdan Bin Mohammed Bin Rashid Al Maktoum, Crown Prince of Dubai, Chairman of Dubai Executive Council and HBMSU’s President, on its recent success of obtaining the approval of the Commission of Academic Accreditation Authority in the Ministry of Education to establish the first artificial intelligence (AI) college in the UAE. The BOG members also called on the management to continue supporting the university's pioneering efforts to enrich knowledge, build capacity and invest in human resources via the provision of smart learning in sciences—supporting HBMSU’s commitment to envision the future, particularly in artificial intelligence, which is a driving force of development for the next decade. The new Artificial Intelligence College will offer a Master of Science in Artificial Intelligence program, which will allow the learners to choose between two specialties—data analysis and game designing, which have both been designed to meet the needs locally and in the Arab world to build a generation of qualified human resources for future jobs. The meeting concluded with the naming of the graduates of the ninth batch of master’s and bachelor’s program for the academic year 2017-2018, which are composed of 222 graduates from the three colleges, as well as the adoption of several innovative projects to ensure the happiness of learners.