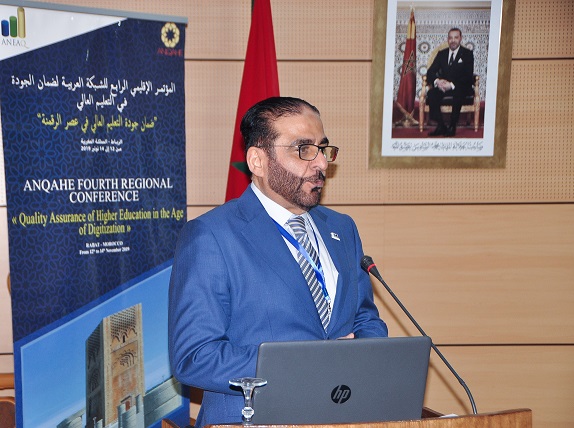 HBMSU Chancellor says, Innovation associated with implementation is the living embodiment of creativity and the best way to improve the quality of high education in the digital age

Dr. Mansoor Al Awar, Chancellor of the Hamdan Bin Mohammed Smart University (HBMSU), emphasized on the importance of innovation in the efforts to reshape the future of higher education, highlighting the university's leading experience in driving higher education, and investing in the development of future skills, according to a forward looking methodology that was created based on the integration of technology, innovation, creativity and scientific research, further inspired by the vision of His Highness Sheikh Mohammed Bin Rashid Al Maktoum, Vice President and Prime Minister of the UAE and Ruler of Dubai, who once said, ' I believe that the commitment to teach students with traditional knowledge in a traditional way across a traditional learning environment, which results in a new king of illiteracy, has no place in any society that wishes to be part of the new global race.'

These points were highlighted by Dr. Al Awar in his  presentation entitled, 'Innovation in higher education,' which he gave as a main speaker at the 'Fourth Regional Conference of the Arab Network for Quality Assurance in Higher Education 2019.' The event, which was recently held in Rabat, Morocco under the slogan, 'Quality Assurance of Higher Education in the Age of Digitization,' was opened by Driss Aouicha, Minister Delegate to the Minister of National Education, Vocational Training, Higher Education and Scientific Research in charge of Higher Education and Scientific Research in the Moroccan government, and in the presence of academic accreditation bodies in Arab countries. Participants at the event, including academicians, government dignitaries and experts in the field of higher education, lauded the university for its achievements, which has positioned the HBMSU among the best on the global map of smart education.

Dr. Mansoor gave a detailed explanation of the university's success in re-envisioning learning and radically changing the transformation of future universities into intellectual, knowledge and creative hubs, guided by the directives of H.H. Sheikh Hamdan bin Mohammed bin Rashid Al Maktoum, Crown Prince of Dubai and President of the University, in laying the foundations of technology and innovation to be the cornerstone of shaping the future and motivating young people to engage in modern science that is leading the progress of the twenty-first century.

Dr. Al Awar's presentation also focused on the definition of what types, patterns and elements of innovation and its interrelationship with creativity, stressing that innovation associated with implementation is a living embodiment of creativity, and stressing on the importance of the concept of positivity, modernity, technology and problem-solving in bringing higher education institutions to new levels of competitiveness, excellence and efficiency.

He also explained the university’s core values adopted based on fueling innovation, entrepreneurship, game-changing and passionate results, as well as its pivotal contributions to the restructuring of the role of the learners, faculty members, curriculum management, and educational environments. HBMSU is also seeking to create a new learning environment that focuses on building intellectual capacity and developing analytical skills. All these efforts are anchored on the university’s belief that education is not a teaching of facts, but it is a mind training for thinking.

Dr. Al Awar added that the university’s efforts have been paying off as evidenced by its achievements to transform its learners from a recipient to a contributor to the creation, dissemination, and enrichment of knowledge. The university, he said, seeks to produce innovators, entrepreneurs, and future leaders rather than job seekers.

He also put the spotlight on HBMSU’s smart learning infrastructure,  including the ‘Cloud Campus’ and the ‘Smart Campus,’ both of which support the university’s efforts to create an environment conducive to innovation, creativity, and excellence using smart facilities with interactive and creative features to guarantee a unique learning experience. The university’s ‘Gamification,’ a unique global intellectual property initiative, has been attracting significant attention as well. It is considered a major step in providing better higher education to innovators by utilizing tools that simulate the future. It has put the university at the forefront of making Dubai a land of the best and the brightest minds.

Dr. Al Awar said: “Under the guidance of H.H. Sheikh Hamdan bin Mohammed bin Rashid Al Maktoum, Crown Prince of Dubai and President of the University, the university continues to provide a learning model capable of shaping the future of higher education based on the three pillars of innovation, disruption, and transformation. The university aims to share its pioneering experience with the Arab region and the rest of the world as part of its commitment to make a positive difference in the lives of people through smart education and lifelong learning. Innovation has made HBMSU highly advanced by 10 years compared with other international universities. It has succeeded in reshaping higher education by empowering learners and steering them away from the traditional education model that no longer meets the modern demands. We will continue to develop and enhance the cognitive, creative, and scientific skills of our young people so that they will become capable of leading the country’s development and delivering the best services to our society.”

Dr. Al Awar joined the other international speakers of the conference. The event focused on several themes, including ‘Ensuring the quality of cross-border education,’ ‘Mutual recognition of qualifications,’ ‘The outlook for Higher Education,’ and ‘Innovation in Higher Education.’

The attendees participated in a series of panel discussions attended by education experts from major higher education institutions and elite specialists from the National Qualifications Framework. The speakers highlighted the emerging challenges facing the quality assurance bodies at the local, regional and global levels in the era of digitization. They also reviewed collaborative opportunities available to develop the higher education system in line with the requirements of the 21st century.

The HBMSU delegates concluded their official visit to Morocco with field trips to various establishments, including the Mohammed V University, where they met with Prof. Dr. Mohammed Ghashi, Rector of the University, and his deputies and officials in charge of international relations.  During the meeting, the heads of both universities agreed to cooperate in training their respective faculty members on the principles and methods of smart education learning. They will also form research teams in their respective priority areas.

The delegation also met with Dr. Latifa Daadaoui, the National Coordinator of Morocco office’s Erasmus+, the EU program in the field of education, training, youth, and sports. As part of their agreement, young Moroccan learners who are part of the program will participate in Hamdan Bin Mohammed Smart Entrepreneurship Initiative. This is in line with the university’s ‘Preparing entrepreneurs, rather than job seekers’ principle. 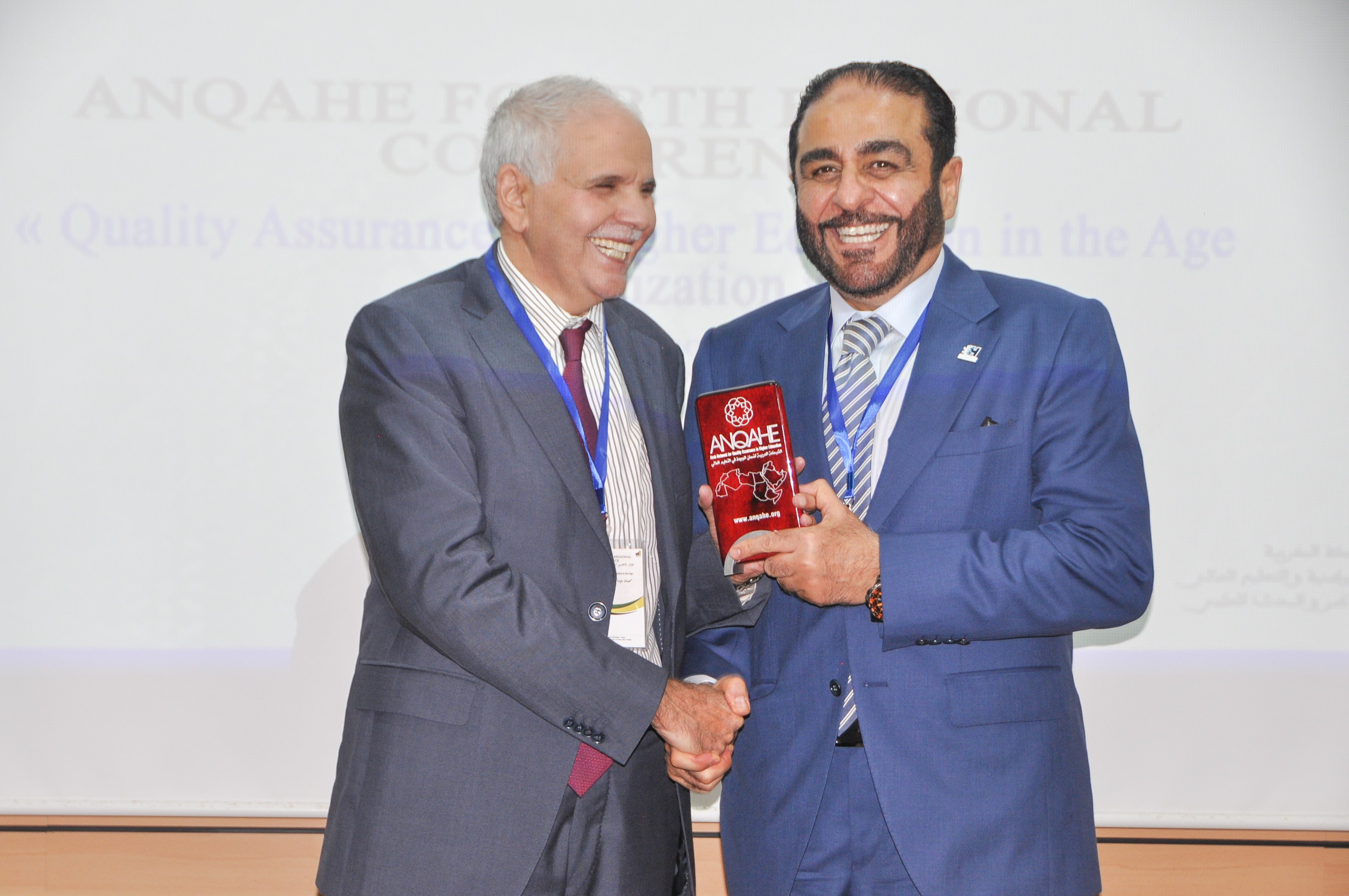