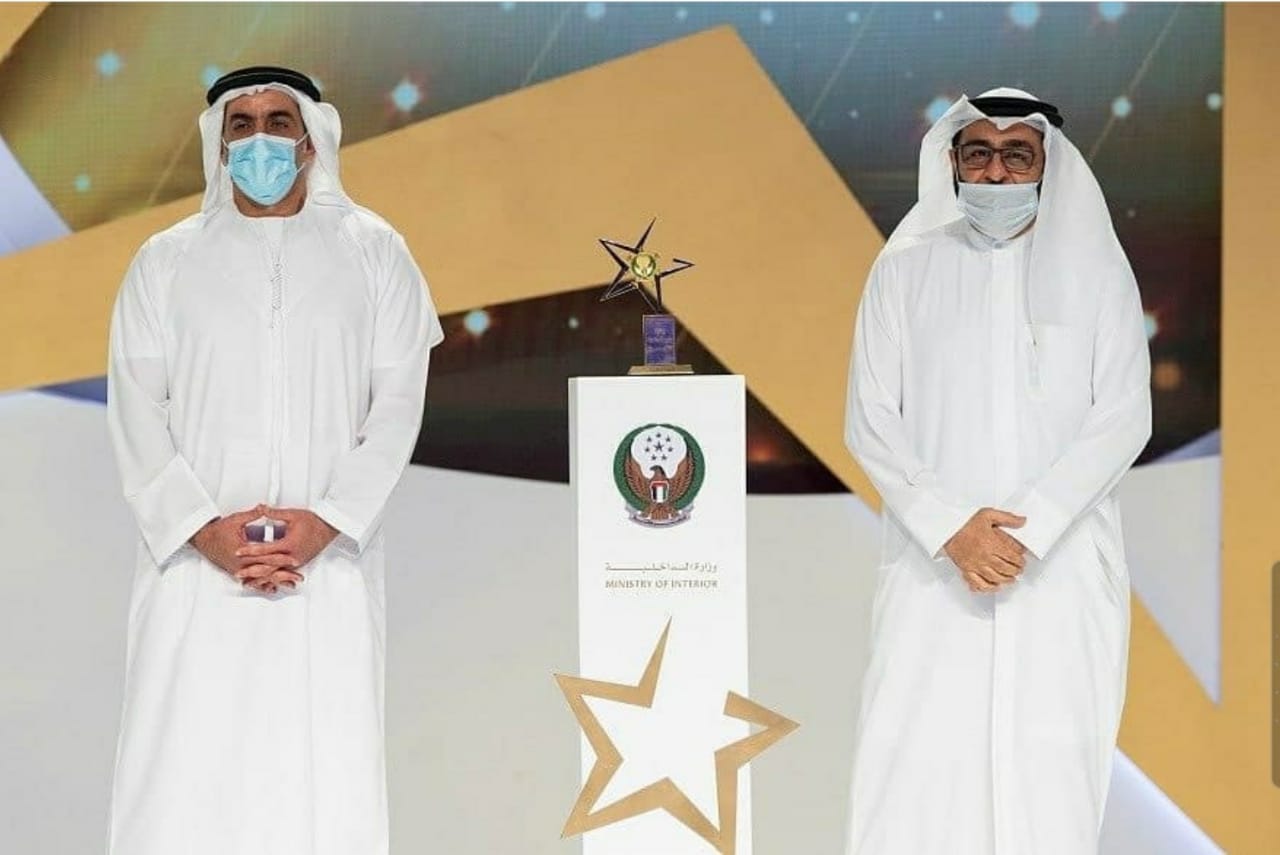 Lt. General H.H. Sheikh Saif bin Zayed Al Nahyan, Deputy Prime Minister and the Minister of the Interior, honored H.E. Dr. Mansoor Al Awar, Chancellor of Hamdan Bin Mohammed Smart University ((HBMSU) for his active role and the valuable contributions he made to support and ensure the success of the 5th edition of the Minister of Interior’s Award for Excellence. The award serves as a strategic platform to showcase the Ministry's march of excellence and leadership, including the use of innovation in the policing fields and means of civil protection and prevention. The award is of utmost significance as it represents a comprehensive framework in stimulating competitiveness, positivity and institutional excellence.

In response, Dr. Al Awar extended his sincere appreciation to H.H. Sheikh Saif bin Zayed, lauding the Minister's commitment towards recognizing the outstanding contributions made in laying the foundations of leadership and excellence, which are the cornerstones of the government work system. The award, as Al Awar explains, is well lined with the directives of the UAE's wise leadership to reinforce the country's leading position across different fields.

Al Awar added, “We are honored to be recognized as one of the key players that have resulted in the success of the Minister of Interior’s Excellence Award, which is recognized as a solid pillar in the efforts to achieve competence and excellence in job performance and in promotion of a culture of innovation for the development of services, achieving the people's happiness and ensuring their wellbeing. The honor from Sheikh Saif bin Zayed gives us great pride and responsibility that undoubtedly drives me to move forward in support of efforts aimed at building distinguished capabilities following the path of leadership, creativity and innovation, which are the key factors to achieving global competitiveness as the country steadily moves ahead with confidence at the forefront of the world's advanced nations.”