The Award is named after one of the World’s best known gurus and thinkers in TQM and related areas, Dr. H. James Harrington. The award is meant as a special tribute and in recognition of his unique and immense contribution to spreading the teachings of TQM throughout the World and through assisting thousands of organizations improve and reap out its benefits.

The awards program recognizes individual Masters’ students' unique contributions in helping develop the TQM concept and also efforts that can demonstrate best practice applications and the documentations of organizational quest for improvement and excellence.

The award program is administered through two separate strands. 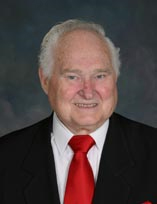 Entry Requirements
Only formal academic dissertations and projects are eligible for this award.
Each nomination must have the formal endorsement of the Director of Studies of the Program concerned and the formal request signed by the student’s supervisor.
A nominee must have earned their master’s degree in the stated period in the guidelines.
Nomination materials must include an original plus eight copies of the written endorsement.
An original plus eight copies of an expanded abstract or summary prepared by the student (1000-1500 words) describing the research and its significance.
An original plus eight copies of the table of contents for the nominated thesis
An original plus eight copies of the letter from the department head or major professor. This letter should include information regarding the significance of the thesis, the contribution of the thesis to the program of the degree granting unit, and the impact of the thesis on the knowledge base of the discipline.
All nominations must be sent by the deadline stated otherwise they do not get considered.
Initial screening will be based upon four criteria: originality, significance of the study, methodology, and overall quality. The student's contribution to the degree program may also be a consideration. Finalists will be asked to provide three complete copies of the thesis.
The award consists of a certificate of award and The Harrington Medal.