The Parasuraman Service Excellence Prize is a type of research award for the support of planned research that addresses the Middle East needs, research interests and development questions in the service excellence domain.

The award takes its name from Professor A. Parasuraman, one of the "Ten Most Influential Figures in Quality" (voted by the editorial board of The Quality Review). He has received many distinguished teaching and research awards, including multiple Best Professor Awards given by Executive MBA Classes and the Provost's Award for Scholarly Research at the University of Miami. In 1998 he received the American Marketing Association's "Career Contributions to the Services Discipline Award" [an annual award bestowed upon one individual who has had a sustained and far-reaching impact on the field]. He received the Academy of Marketing Science's "Outstanding Marketing Educator Award" in 2001 and was designated as a "Distinguished Fellow" of the Academy in 2004. 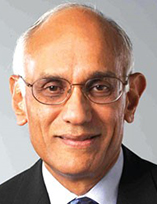 Proposal for research that was not carried out

The research should be conducted within the Middle East settings