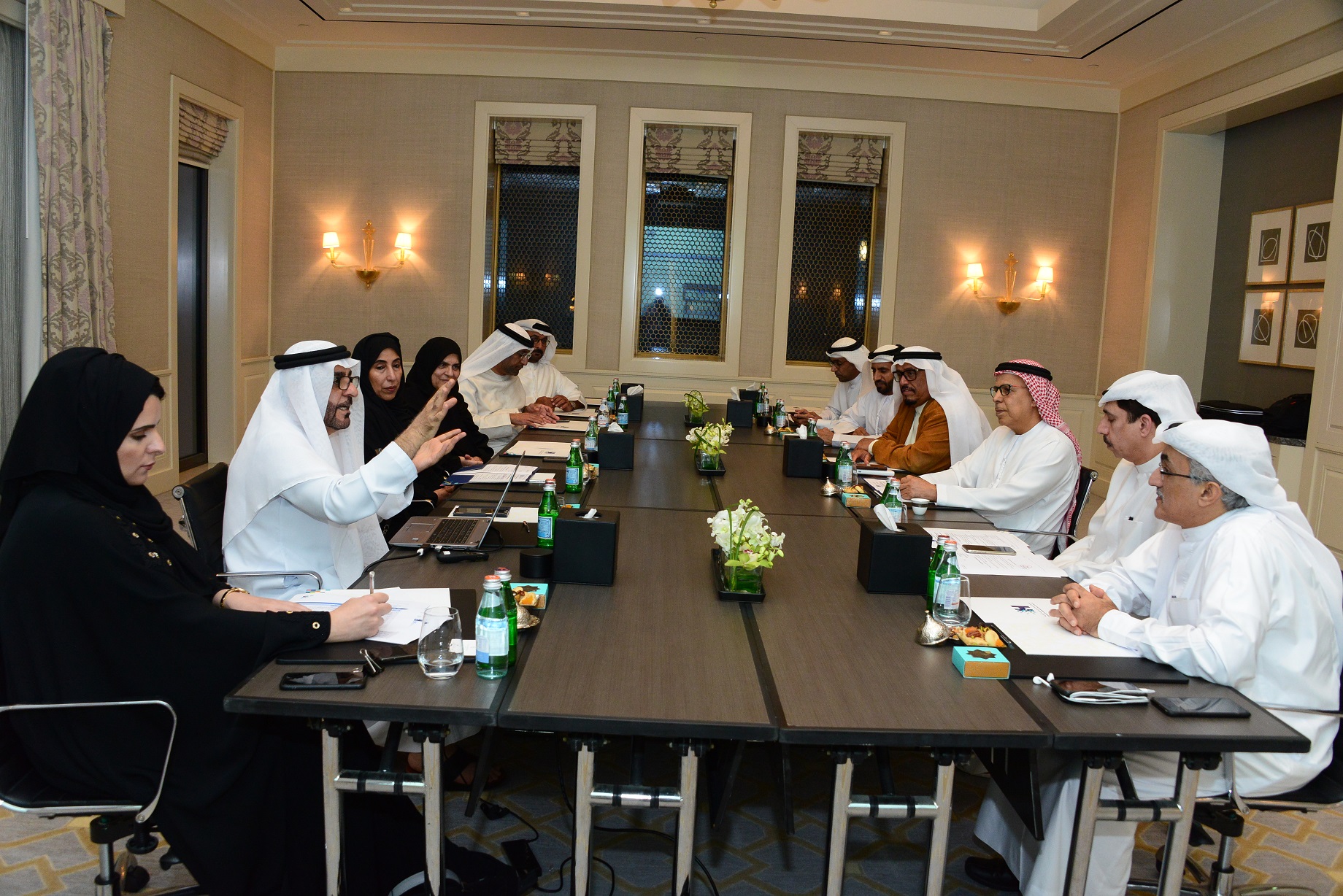 Board lauds successful launch of the ‘Benchmarking Framework and Data Set for Online, Open, Smart and Technology-enhanced Higher Education’

26 March 2019 – H.E. Lieutenant General Dhahi Khalfan Tamim, Deputy Chairman of Police and General Security in Dubai and Chairman of Hamdan Bin Mohammed Smart University’s (HBMSU) Board of Governors (BOG), presided over the board’s second regular meeting for Academic Year 2018-2019. During the meeting, he congratulated the board members for the global achievements made from November 2018 to March 2019. The BOG also lauded the recent launching of the ‘Benchmarking Framework and Data Set for Online, Open, Smart and Technology-enhanced Higher Education’ on the sidelines of the 12th Innovation Arabia Conference and Exhibition. The first-of-its-kind initiative will help shape the standards of global smart universities. Five prestigious international organizations and four global universities took part in this project headed by The Association of Arab Universities, Asia e-University; ﻿The Arab Network for Quality Assurance in Higher Education (ANQAHE); The European Association of Distance Teaching Universities (EADTU); the Commonwealth of Learning; the Open Polytechnic of New Zealand; and the Asian Association of Open Universities. In addition, the BOG also discussed other listed initiatives and activities included in the meeting’s Agenda.

H.E. Lieutenant General Tamim said that HBMSU’s leadership journey and achievements also reflect the commitment and wise guidance of H.H. Sheikh Hamdan Bin Mohammed bin Rashid Al Maktoum, Crown Prince of Dubai and University President. HBMSU strives to promote smart education driven by innovation, scientific research, and modern knowledge, with the goal of building the capacity of the young people as the UAE’s future leaders. H.E. pointed out that the ‘Global Benchmarking Framework and Data Set’ is another addition to the university’s string of achievements, which will further solidify Dubai’s leadership in reshaping the present smart education system to meet the requirements of the future.

H.E. added: “We are proud of the university’s leading position that places it as one of the top 10 smart universities in the world. We are moving forward to strengthen its pivotal role in re-engineering local, regional, and global higher education to provide the best education to future innovators and creators, in line with the directives of H.H. Sheikh Mohammed bin Rashid Al Maktoum, Vice President and Prime Minister of the UAE and Ruler of Dubai, who said that real excellence is based on understanding the value of education and the impact of knowledge in developing a better life.”